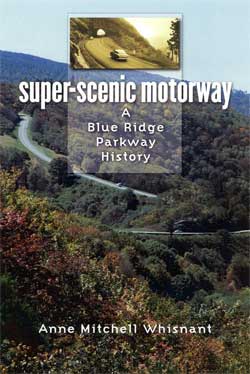 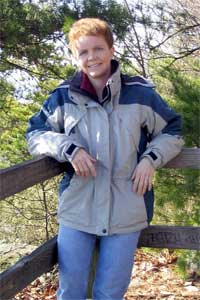 After growing up in Troy, Alabama, Anne Mitchell Whisnant received her B.A. in history from Birmingham-Southern College, and her M.A. and Ph.D. in history from the University of North Carolina at Chapel Hill. While at UNC, she specialized in the history of the American South.

From 1997-99 she taught history at UNC before moving into a career in academic administration. From 2002 to 2006 she worked as a program manager at the John Hope Franklin Humanities Institute at Duke University.

Since 2006 she has been Director of Research, Communications, and Programs for the Office of Faculty Governance at the University of North Carolina at Chapel Hill. She also holds a faculty appointment as Adjunct Associate Professor of History and American Studies at Carolina, where she teaches public history and North Carolina history.

Her first book, Super-Scenic Motorway: A Blue Ridge Parkway History, was published in 2006 by the University of North Carolina Press.

Anne's study of the history of the Blue Ridge Parkway began in 1991, spurred by a love of the mountains nurtured during her youth, when she spent many summers at Lake Junaluska United Methodist Assembly in western North Carolina.

Super-Scenic Motorway is based on thorough research in more than twenty repositories containing the extensive archival record of the road’s development. It is the first serious history of the park that situates it in a broad national and regional context and takes advantage of new perspectives offered by thirty years of scholarly research on the National Parks, the Appalachian region, and the New Deal.

Based on Super-Scenic Motorway and extensive new photographic research, Anne and her husband David Whisnant published the first-ever Blue Ridge Parkway book for children in early 2010. Titled When the Parkway Came, the book tells the story of what happened to one rural family when the Parkway was built through their farm during the Great Depression.

Anne has also published two articles and delivered numerous public talks on the Parkway’s history, and has served as a consultant to the National Park Service. She is a member of the Board of Trustees for both the Blue Ridge Parkway Foundation and Blue Ridge Parkway 75, Inc., a nonprofit organization that is planning the celebration for the Parkway's 75th anniversary in 2010.

She presently chairs a team of scholars from the Organization of American Historians who are conducting a major new study of the state of history in the National Parks for the office of the Chief Historian, National Park Service. The study team's final report will be issued in late 2010.

Anne and David do contract research for the National Park Service through their consulting firm, Primary Source History Services.

She lives in Chapel Hill, North Carolina with David and two sons.